First Fridays started as a monthly concert series at NAC, but proving it wasn’t a viable model unto itself was reenvisioned, and became Norfolk’s very own Free Open Mic Night for all ages. Since then, First Fridays has risen to one of NAC’s most adored events, where Musicians, DJ’s, Poets, Actors, and Artists alike have come together to share their craft. Holding community art projects, demonstrating live art, and hosting drum circles are just the beginning! We’ve watched musicians grow and find their voice and collaborate with one another. We’ve seen artists create true art in front of our eyes, and it seems almost every month someone new from our community comes out to share their talent for the very first time. 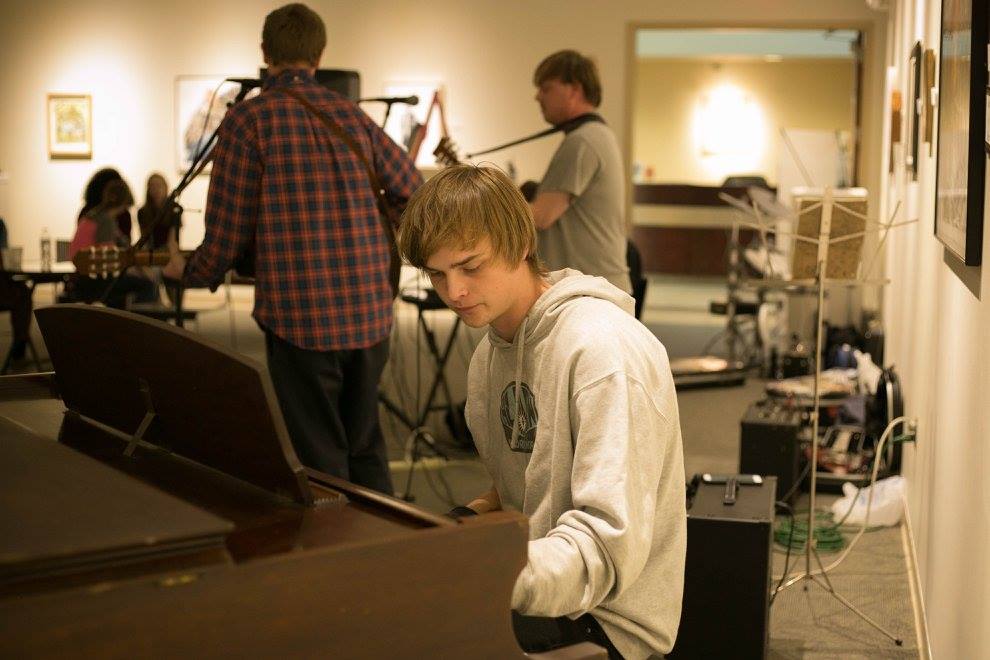 First Fridays is a true reflection of what a community can do when it comes together. I am proud to be a part of this event, and it’s great to see continual support and involvement from the community. The fall edition of First Fridays has already started and we hope to see some new faces. Join us!

If you are interested in sharing your talents with an open and supportive community, please email me at benjamin@norfolkartscenter.org and I will make sure to have a slot open for you. Time slots fill up regularly, which always makes up for a full night of great art! 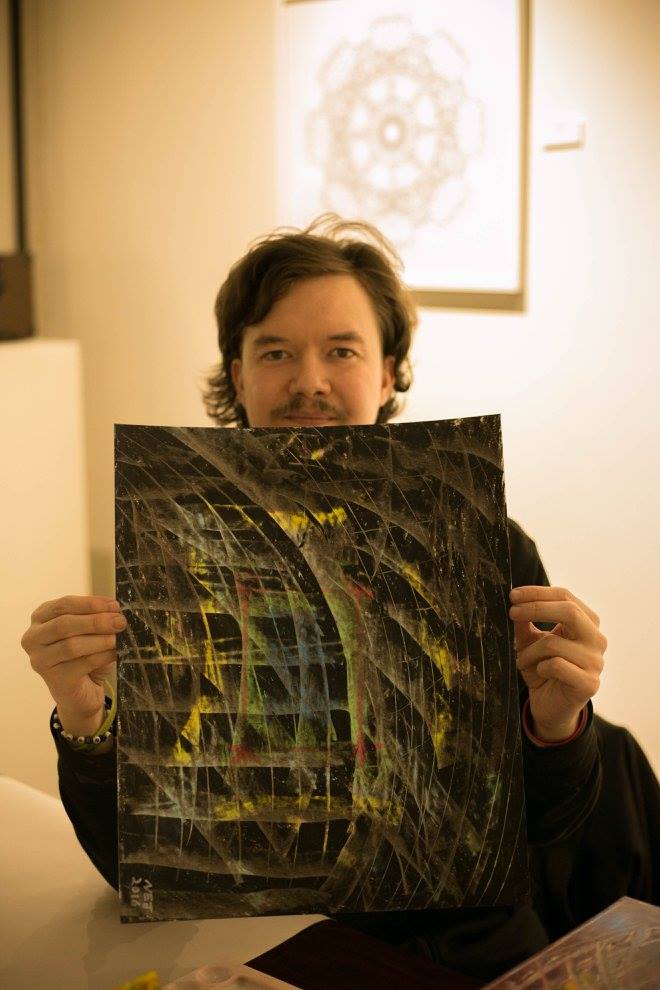 SECURING THE FOUNDATION AND FUTURE OF NAC

Jerry and the late Karla Huse paved the way for the NAC as we know it.

Jerry and Karla Huse have been essential to the Norfolk Arts Center’s success from the very first days of our organization. Karla served on the Norfolk Arts Center’s first Board of Directors; in fact she was a signatory of NAC’s initial articles of incorporation from 1978. She and Jerry continued to be stalwart supporters of NAC’s mission to “bring people and the arts together.” Karla’s commitment to enhance our community through the successful presentation of arts was most profoundly demonstrated in 2002 when the “Karla Huse Visual Arts Endowment” was established by the Huse family. 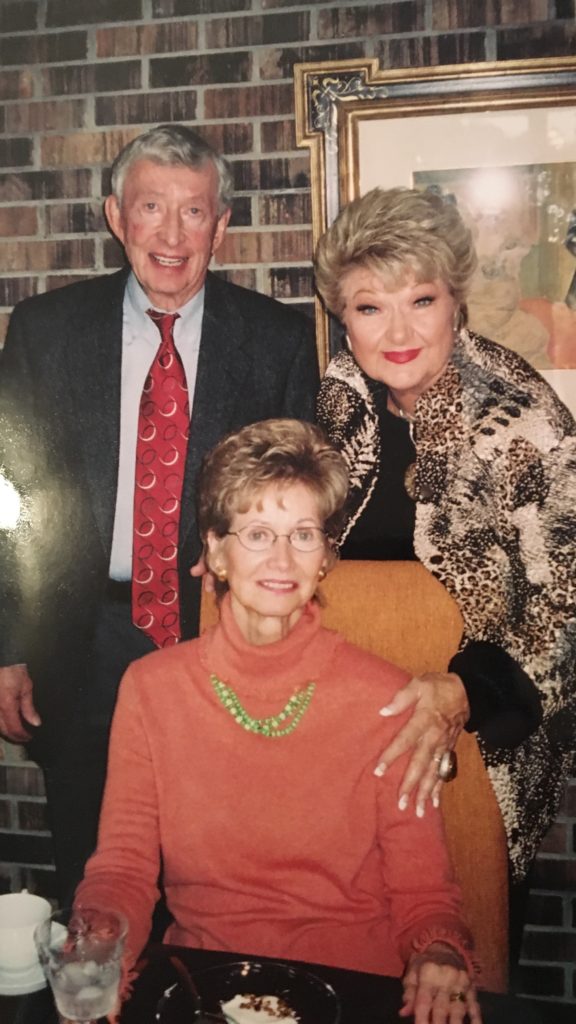 This endowment fund has been utilized to bring significant visual arts exhibitions from across the nation into NAC’s gallery every year. However, in the last year, Karla’s attention was turned onto the thriving creative culture brewing within NAC: First Fridays. You can read more about First Fridays in our spotlight article on the back of this newsletter. Karla’s daughter, Mary Beth Olsen, warmly recounts her mother’s memory, “I remember the idea of Norfolk having an arts center was near and dear to my mothers heart. As the vision became a reality her passion grew for wanting to continue to bring the arts to Norfolk. Now that she is no longer with us a part of her legacy is the establishment of an endowment in her name. I am so happy her love for the arts and her city will live on.”

To say that up and coming musician Emmet Cohen is destined for legendary status would not at all be understating his talents and ability. On Wednesday, September 20 Jazz Pianist, Emmet Cohen will both host an all ages workshop and also showcase his talents in a performance at the Norfolk Arts Center during his tour of the Midwest. The 90 minute workshop begins at 4:00 p.m. and evening performance will follow at 7:00 p.m. with all events taking place at the Norfolk Arts Center. 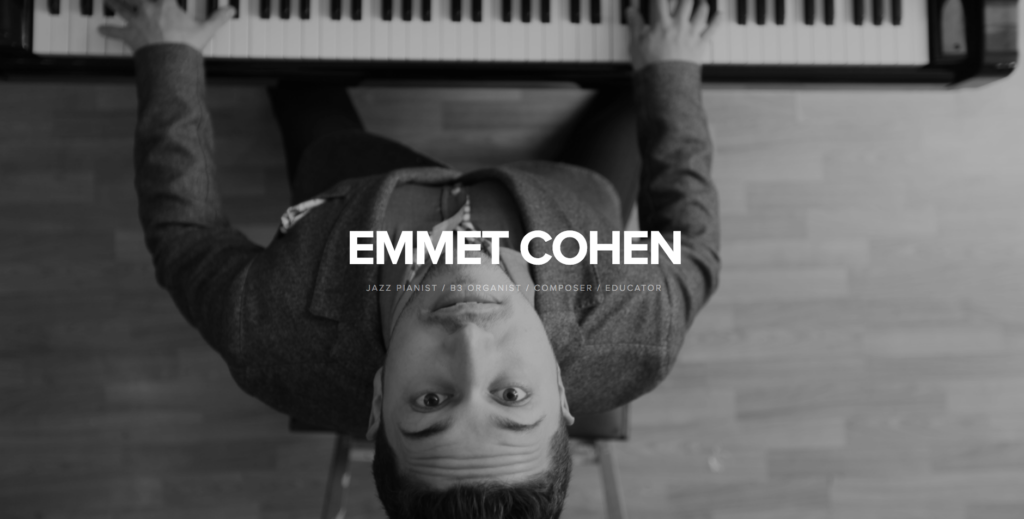 Multifaceted American jazz pianist and composer Emmet Cohen has emerged as one of his generation’s pivotal figures in music and the related arts.  A recognized prodigy, Cohen began Suzuki method piano instruction at age three, and his playing quickly became a mature melding of musicality, technique, and concept. Possessing a fluid technique, an innovative tonal palette, and an expansive repertoire, Cohen plays with the command of a seasoned veteran and the passion of an artist fully devoted to his medium.

In addition, Emmet Cohen has established a comprehensive role in the world of the creative arts that extends beyond performing.  He is avid about the inter-generational transfer of artistic knowledge, history, and traditions. Cohen visits 50 schools yearly through Jazz at Lincoln Center’s “Jazz for Young People” program and regularly presents jazz history and performance lectures.  To honor the pioneers of America’s unique musical idiom, Cohen is producing the “Masters Legacy Series,” a celebratory set of recordings and interviews honoring legendary jazz musicians–he is the pianist on the first recording featuring Miles Davis drummer Jimmy Cobb.  Additionally, Cohen has been involved with interdisciplinary programs directed by choreographers Debbie Allen and Bill T. Jones.

Using the Arts to “Bridge” Communities and Cultures! 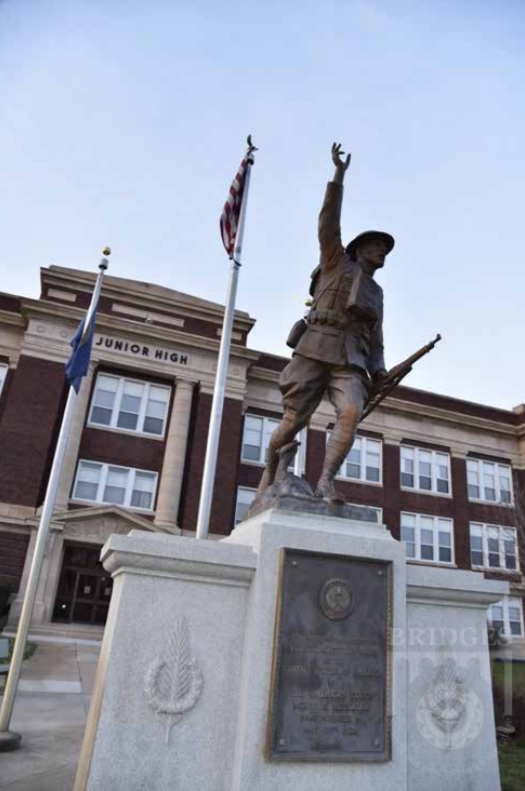 In celebration of Nebraska’s 150th anniversary of statehood, the Norfolk Arts Center is excited to announce the exhibit, “Bridges: Sharing our Past to Enrich the Future” sponsored by Hildegard Center for the Arts (HCFCA), in collaboration with the Nebraska State Historical Society and the Nebraska Tourism Commission. Work will be on display September 7 – October 26 with an opening reception held on Thursday, September 14 from 5:00-7:00 p.m. During which the public can mingle with the people who are apart of Hildegard Center organization and the regional artists from the show are invited to come speak about themselves and their photographs. The NAC invites all to attend. Snacks and refreshments will be provided by the NAC Ladies Guild with music by Shirley Klafter. 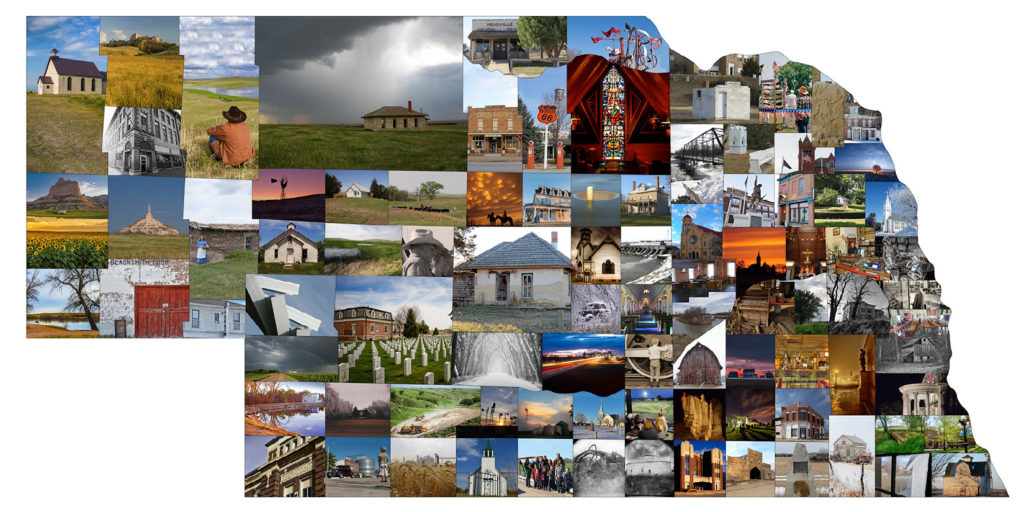 Composite Image by Tim Wright—NE 150 Photo Exhibit  “Bridges: Sharing Our Past to Enrich the Future”

The statewide call for photographs of historic places garnered over 800 photo submissions! They collected images from all 93 counties in Nebraska and named a winner for each county. Amateur and professional photographers alike were invited to capture images of historic sites and treasures across the state of Nebraska. Handful of images are selected for the particular show to portray a regional representation, but ALL photos will be shown on a slideshow at the exhibit!  “Each Nebraska community is unique, and historic places often identify a community’s character,” said Bob Puschendorf, the Nebraska State Historical Society’s associate director and deputy state historic preservation officer. 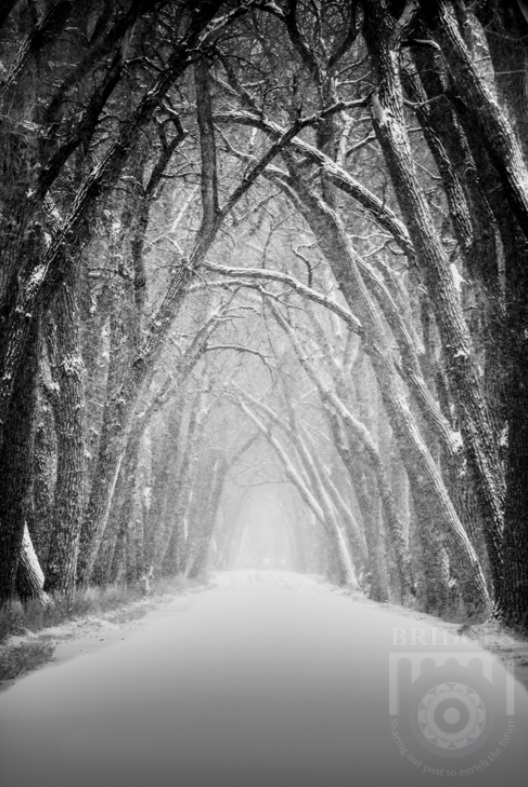 “This entire experience is one that we are very privileged and excited to display for the public,” accounts Denice Hansen, Assistant Director for the Norfolk Arts Center. “I believe these works will really resonate with our community, as they shine light on local sites. The historical background information alongside each photo really adds great depth and understanding as well. This is a true opportunity for families, schools, senior centers and any other group to experience an artistic window into the past; and we invite everyone to stop in and check it out.” 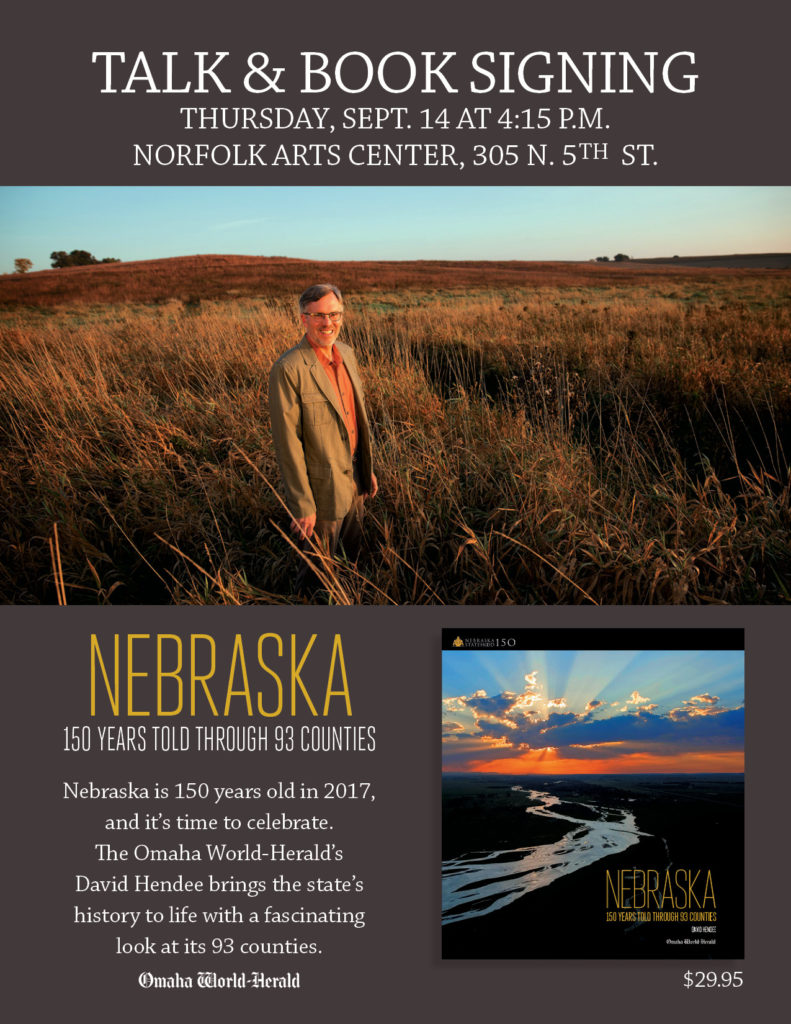 David Hendee wrote “Nebraska: 150 Years Through 93 Counties’’ as part of the Omaha World-Herald’s coverage of the 150th anniversary of Nebraska statehood this year.

Hendee is a regional reporter for The World-Herald. He has worked as an editor and reporter during a 41-year career with the newspaper, filing stories from the White House, the Canadian Rockies, America’s last homestead in Alaska, the ballistic missile submarine USS Nebraska, the Demilitarized Zone in Korea and across Nebraska and the Great Plains.

He joined The World-Herald in 1976 after working at his hometown newspaper, The Sidney (Neb.) Telegraph, for two years. He is a journalism graduate of Midland Lutheran College in Fremont, Nebraska.

Born to Nebraskans at Camp Pendleton, a Marine Corps base near Oceanside, California, David is a fifth-generation Nebraska. He and his wife, Polly (the former Polly Schulze of Tilden, Nebraska), have two daughters and two grandchildren.

The 190-page coffee table book was published last fall and is in its second printing.

Also available for purchase at NAC is 150 memorabilia including magnets, puzzles, and posters by designer Timothy Wright of Omaha.

Admission to the NAC gallery is free.